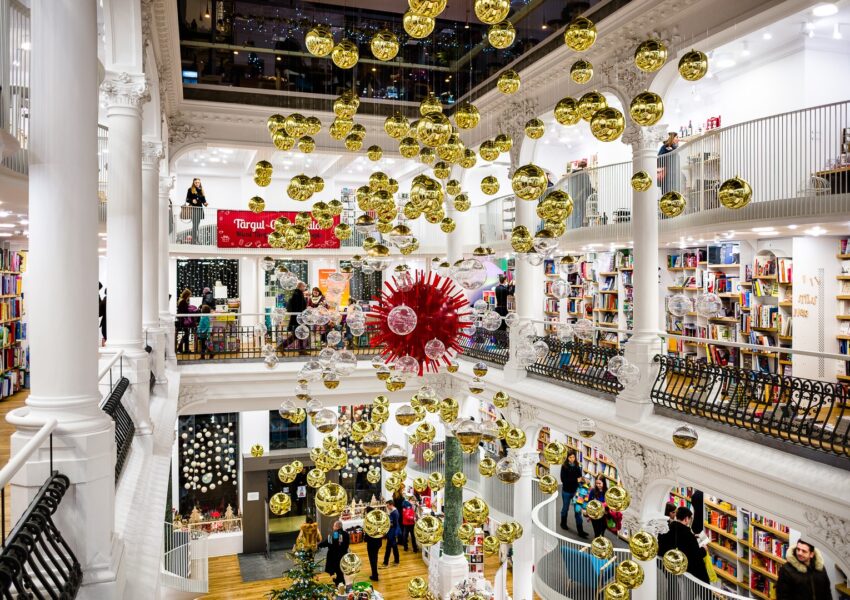 Best Places to Visit in Bucharest

This lovely city was once known as Little Paris. This is not far fetched as the architecture made you wonder where you really are. Lots of things have changed since then.

Communism left it to print over it and after that the revolution. Now, we live in modern times, and Bucharest has adapted. Even with all these changes along the way, this city is as great as ever. It
is really hard to talk about all its culture.

Eastern Europe always tends to be somewhat of a cluster from that point of view. Now, think about how this place might be considering that it is the capital of Romania. It is quite a big city with over 2 million residents. Not to mention all the people staying for short periods or visiting.

If you are planning on visiting this cultural landmark, we are here to help you with a list of the
best places available.

This is one of the oldest settlements in the city. It dates back as far as the 15 century. Lots of history happened here. It was the home of a princess, a center for trades. They even had a
worshiping center.

Considering the fact that it was also a crossroads, you can imagine that it was
quite a busy place. Nowadays, it is exactly the same. With all the historical building well-
preserved, lots of people come here to visit or have a drink in the bookshops, pubs, or cafes.

Palace of the Parliament

The Palace of the Parliament is an enormous structure. It is the second-largest administrative
building in the world after the Pentagon. Yeah, that big.

You can see it from a great distance.The architecture is quite lovely both on the inside and on the outside. It has over 3000 rooms with a total of 330,000 square meters. The construction if made out of marble and steel, so it has a timeless style.

You can visit both on the outside courts and on the inside as well. You will also find the
National Museum of Contemporary Art here. There are scheduled hours for visitors, so that it does
not get too busy. Make sure to book ahead.

This was the home of George Enescu’s Philharmonic Orchestra. They were extremely well
valued in their times, and the building still remains known as the city’s most prestigious concert
hall.

You can easily agree that it resembles Greek architecture in some manner, as it has a dome
and six iconic columns.

The inside acoustics are marvelous, and you can find tickets for concerts online. It would be a huge missed opportunity to not hear how the sound feels in this place.

The Court is located in the heart of the Old Town. This is where the palatial residence of the
Wallachian prince was. You can even see a statue of Dracula – Vlad Tepes here. He was also known as Vlad the Impaler.

The place was damaged during his rule, but in the 16 century, Mircea Ciobanul repaired the place and grew the surrounding areas. For many years to follow, this was the place where succeeding Romanian princes were coronated.

A place which you might have seen time and time before if you are interested in Romanian
history. If marks a very important event, even on international scales.

This is where the last moments of Ceausescu’s dictatorial power have ensued. On December 21, 1989, the communist leader and his wife were ambushed with a coup d’etat.

The date also marked the fall of the iron curtain in all of Europe. Because of the monumental courage of the people who acted in the revolution, people got to know the taste of democracy.

The Arc of Triumph

This masterpiece will surely make you think of Paris. It was finished in 1878, and it is as sturdy
as ever. It honors the Romanian soldiers who fought in World War I. It was later reconstructed in
granite and designed by the beloved architect Petre Antonescu. It now stands a height of 27
meters. The final touches were added by the most notable Romanian sculptors, including Ion
Jalea and Dimitrie Paciurea.

This city has lots of parks. Some of them even have a lake on which you
can take a boat.
In Carol Park, you will also find the Roman Arenas, which is a great concert place for the summer. Make sure to book some tickets in advance because the place gets quite heated 🙂

Is the loveliest library you can imagine. If you are a book lover, just describing it will not do it justice. It spans on a few floors, and it has a lovely white spiral design.
Make sure to pop in if you have the chance!

That was our list of places you can visit in the beautiful Bucharest. Let us know your favorite in the comments; we are waiting for your feedback!

Where to Travel in December

The Cheapest Destinations to Travel

Jobs That Let You Travel the World